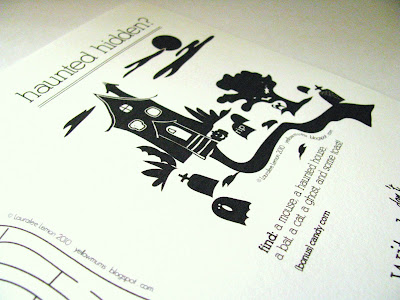 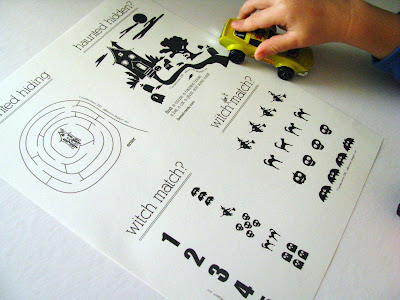 I'd planned to do candy bar wrappers today. But they were boring. And, really, whose going to spend the time to cover all their candy bars with little Halloween sentiments? I wouldn't. So I bagged it and moved on. Hopefully these are more fun-they were more fun to make that's for sure. So here are four little Halloween activities for varying age levels. 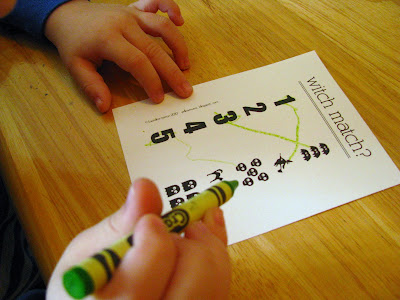 the second one he struggled figuring out the differences on the first two rows-not obvious enough-but he picked the "pumpkin" out of the skeletons very quickly. By the fourth row I'd lost his attention span, obviously. 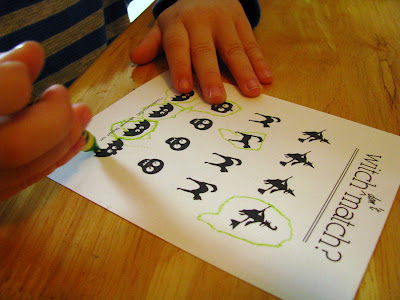 the third activity was beyond him, as I suspected it would be. He had fun coloring it though! 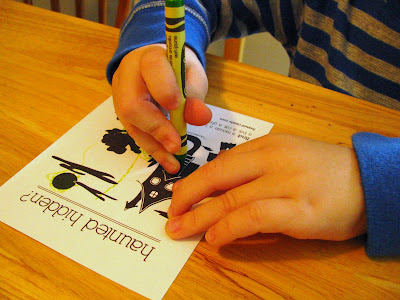 I didn't even attempt the fourth one, the maze. I knew he wouldn't get how to do it, much less be able to figure it out. Maybe in a few years. In the mean time I'll have the hunny take a gander at it! Well, enjoy! 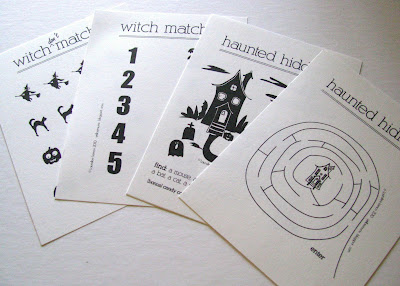 As a little side note update: google groups, which is currently hosting all my freebie friday downloads, has decided to stop hosting documents. This is the last one I will post through google groups. But I WILL still have a freebie friday.

All of this to simply say, the freebie friday's up through this one will still be available until the beginning of February. After that, all downloads previous to October 16 2010 will no longer be available for download.
Posted by Lauralee at 4:00 AM

These are so fun! My kids will love these. Thank you!

How is Google Groups different from Google Docs? Could you transfer everything to Google Docs? (If you want to, that is, because I'm sure it would take some time.)

Thanks for these fun activities! Love them!

Great activities!
I can't wait till Nate gets older so I can throw fun halloween parties for him and his friends :)